BLUE WHALES, FIN WHALE AND HYBRID IN BETWEEN

The past days have been shaped by several different species of whales including some that are rather seldom in Skjálfandi Bay.

Especially one tour will always stick in my memory:

We were heading out on our RIB boat Amma Kibba. After leaving Lundey (Puffin Island) behind we decided to head further out to see what is going on out there. It didn’t take much time until we saw the first blows. Short-after we were welcomed by the first whale drifting along the surface.

What we didn’t expect at this time: It was the beginning of a big struggle in distinguishing several individuals. But not only that, already the first whale was a pretty unusual visitor. Therefore, it took us some time to confirm it was a fin whale!

Short time after we noticed there were several other whales just a few seconds' drive away and we decided to have a look at those as well. Soon we had to notice there were even bigger animals than the fin whale around. In total three blue whales spent their time in our surrounding. One even allowed us a closer look.

Out at sea time flies, especially whilst watching the two biggest animals on earth.

Just when we decided to turn around, another blow attracted our attention. In the belief that it was the former fin whale we were waiting to get a last look at it. But just a second later we had to figure out it was not him showing up for breathing.

A well-known individual was hanging around that area as well. Its broken/injured dorsal fin confirmed our presumption: the so-called Hybrid which had been here for some time the past years had returned to Skjálfandi Bay. Most likely that whale is a mixture of a fin and blue whale. Its dorsal fin and darker skin color seem to be of a fin whale whilst its size and patterns appear to be that of a blue whale. A sample of its skin was taken by some researchers the next day to get more information on that whale.

All three photos are taken by Sarah Arndt.

The hybrid that is back to our bay once again. 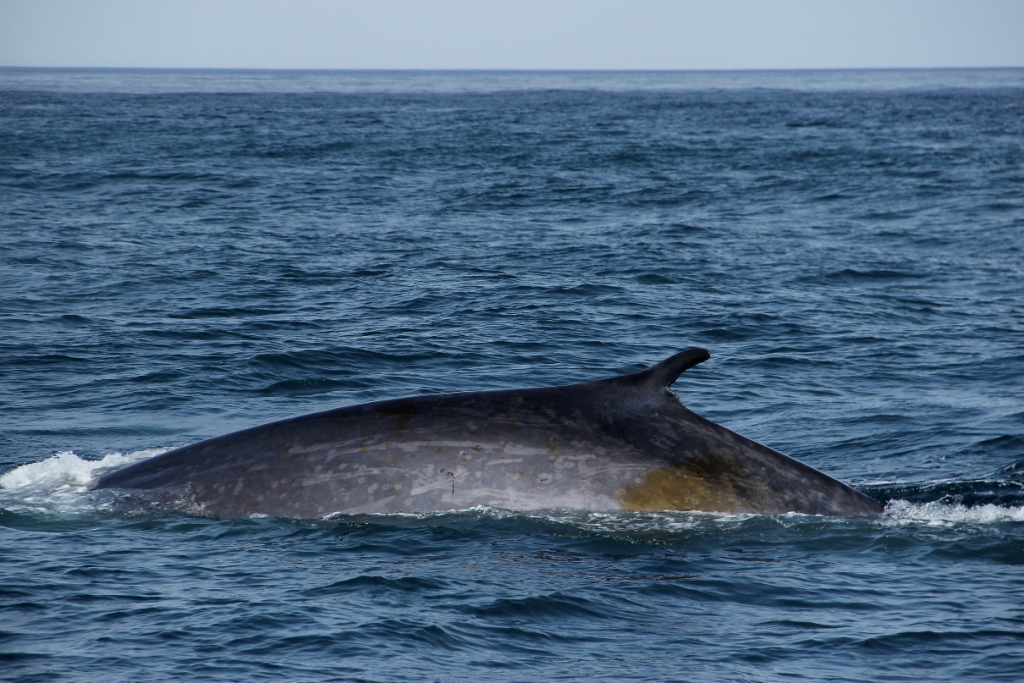 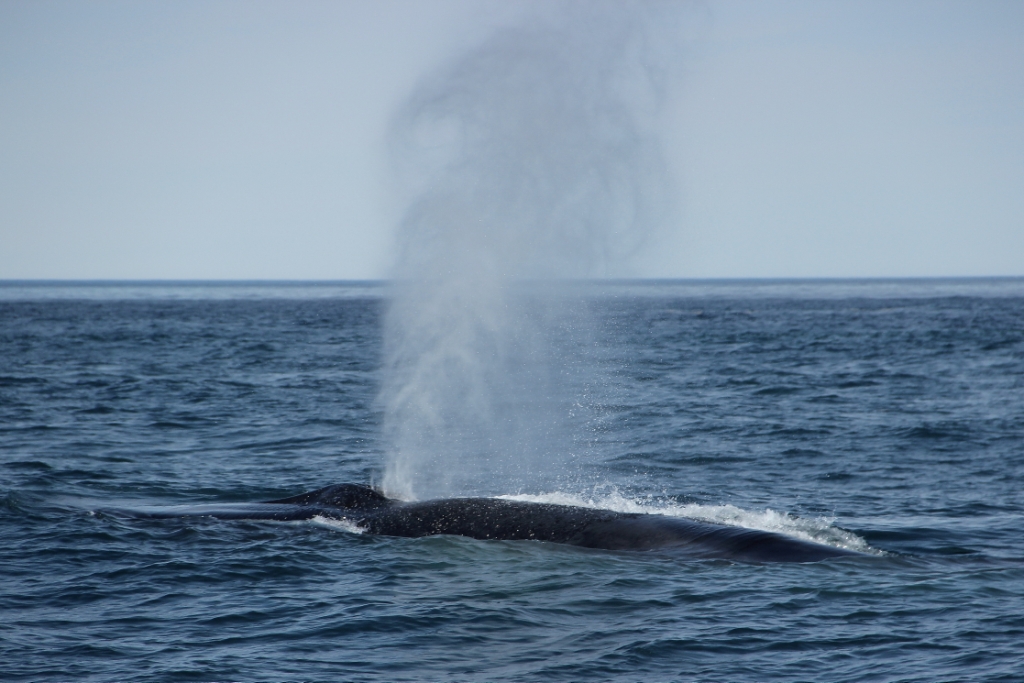 A fin whale in Skjálfandi Bay the other day. 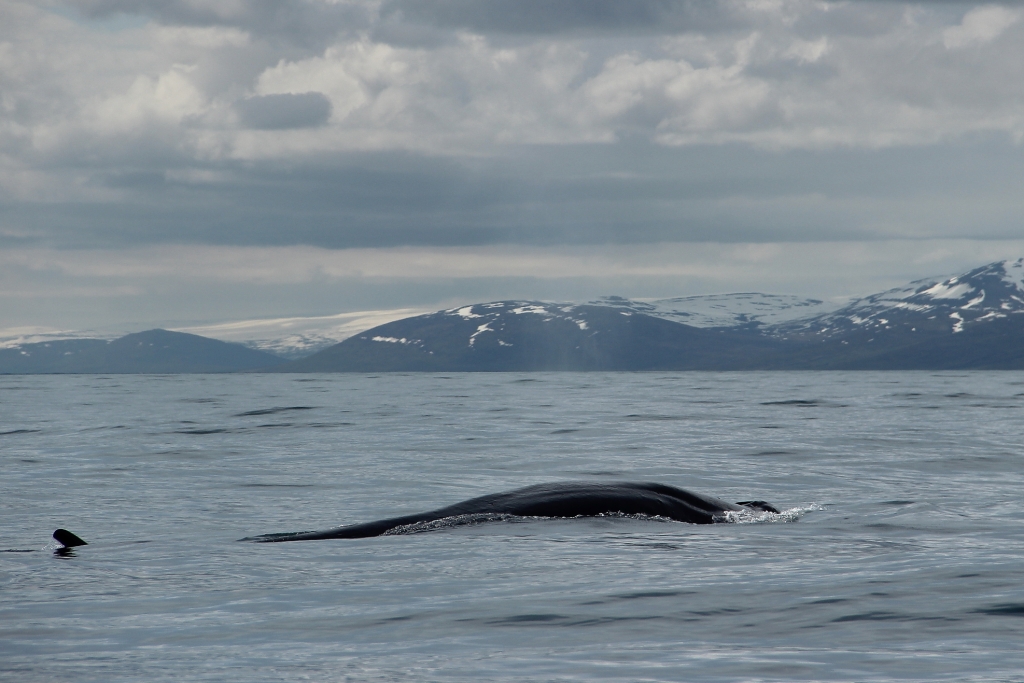